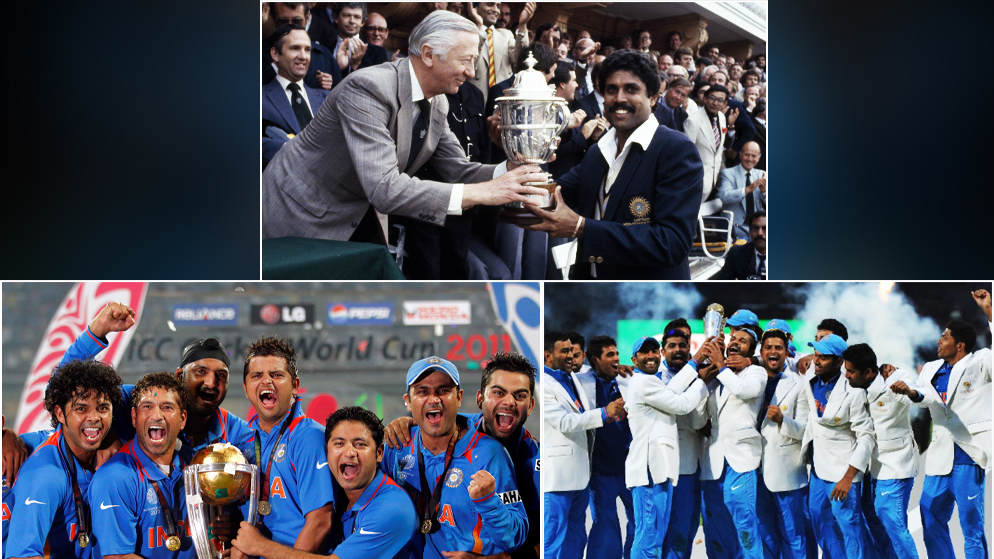 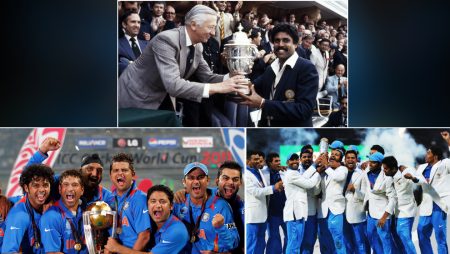 Throughout the glorious years of Indian cricketing antiquity, India has enjoyed tremendous successes against diverse opponents. And has also experienced devastating losses in the most unexpected ways. A cricket enthusiast would undoubtedly mention these occasions when discussing the golden moments of Indian cricket.

India defeated the Windies 1-0 in a five-match series in 1971. This was, without a doubt, India’s greatest cricketing moment until the 1983 World Cup victory. However, it remains one of the most significant occurrences in Indian test cricket history. The two triumphs over the West Indies and England were stepping stones. It was on India’s long journey to becoming the No. 1 Test side 38 years later.

India’s first World Cup triumph in its cricket history stands out above all others. Because foremost, it was not easy, and it signaled the beginning of a new era for Indian cricket.

On June 25, 1983, Kapil Dev’s team upset the West Indies, the most dominant team. India by 43 runs at Lords to win the Prudential World Cup, proving all analysts incorrect. India was not anticipated to win the cup, but the team persevered. And records were broken after Kapil Dev’s epic 175 against Zimbabwe.

They defeated Australia in their final league match to go to the semi-finals, where they upset their favorite, England. Then they defeated the powerful & all-conquering West Indies in the championship match to usher in Indian cricket’s highest success.

2 years after winning the World Cup in 1983, India competed in the “Mini-World Cup” competition in Australia. The 1985 World Championship of Cricket featured seven top national teams.

Before entering the tournament, India had lost a home series to England; hence not many people expected them to win.

Gavaskar’s excellent leadership talents and India’s superb play against all top teams led to their success. In the final, India famously defeated archrival Pakistan by an inning and a wicket.

T20I cricket was a relatively new format that was gaining attraction then. Then, the first-ever World Cup in the 20-over format was staged in South Africa. India, captained by a young skipper named MS Dhoni, stunned everyone by defeating archrival Pakistan by 5 runs.

With one wicket, Pakistan only needed 13 runs in the last over. Dhoni substituted Joginder Sharma for the final over. Misbah tried to attack him with a scoop shot over the short fine leg. But Sreesanth made no mistakes in taking the game’s final catch as India achieved history. This victory is one of the key reasons for the emergence of the majestic IPL.

5. For the first time, India ranked top in the ICC Test Team Rankings in 2009.

Under the captaincy of MS Dhoni, Indian Team attained the top rating after winning their fourth series with an innings victory over Sri Lanka at Mumbai’s Brabourne Stadium. They held the status until 2011, when the English team dethroned them, but they regained it in 2016.

Winning a Test series in Australia used to seem unattainable. However, Virat Kohli led the Indian team to achieve the unthinkable and secured their place in history.

In the remaining two Tests, India overpowered the Australians, winning the series 2-1. Throughout the series, courtesy of superb bowling by the aggressive Indian bowling attack and outstanding batting by Cheteswar Pujara. As a result, in its cricketing history, India won its first-ever test series in Australia.

This was a one-of-a-kind Test series win in Australia that defied all expectations. After getting all-out for 36 in the first Test, India was staring death in the face. They were missing skipper Virat Kohli, who was on paternity leave, and their ace bowlers, who were injured.

On the other hand, India leveled the series at the MCG after surviving a last-day scare at the SCG. Then he rose above his injuries to breach a fortification. And win the series against a full-strength Australian squad with an epic victory at the Gabba.

This was made possible by vice-captain Ajinkya Rahane’s calm demeanor and some outstanding cricket by many rookies. Mohammad Siraj, Shubman Gill, Rishabh Pant, and a few more stepped up for this fight.

8. Silver medal in the first-ever edition of cricket at CWG 2022

The Indian women’s cricket team made history by winning the country’s first-ever medal in cricket at the Commonwealth Games 2022. The Women in Blue advanced to the gold medal match after defeating England in a nail-biting encounter at Edgbaston Cricket Ground. In the final at Edgbaston, Australia batted first and scored 161/8. In response, the Indian squad managed only 152 runs in 19.3 overs. India narrowly lost the gold medal match by 9 runs.

9. Queen’s Domination over the Asia Cup

India has dominated Women’s Asia Cup statistics over the years. The Women in Blue have won the tournament eight times. Mithali Raj, the former India captain, is the tournament’s highest run-scorer, with 1127 runs. Meanwhile, Shashikala Siriwardene leads the tournament in wickets with 33. India Women have a history of dominance in this competition. The team has won seven of the eight editions of the Women’s Asia Cup, including Asia Cup 2022.

India had a unique year in 2011. After a 28-year wait, India won the World Cup again this year. The Indian squad, led by Mahendra Singh Dhoni, won the World Cup after defeating Sri Lanka in the final. Let us remind you that this was Sachin Tendulkar’s final World Cup.