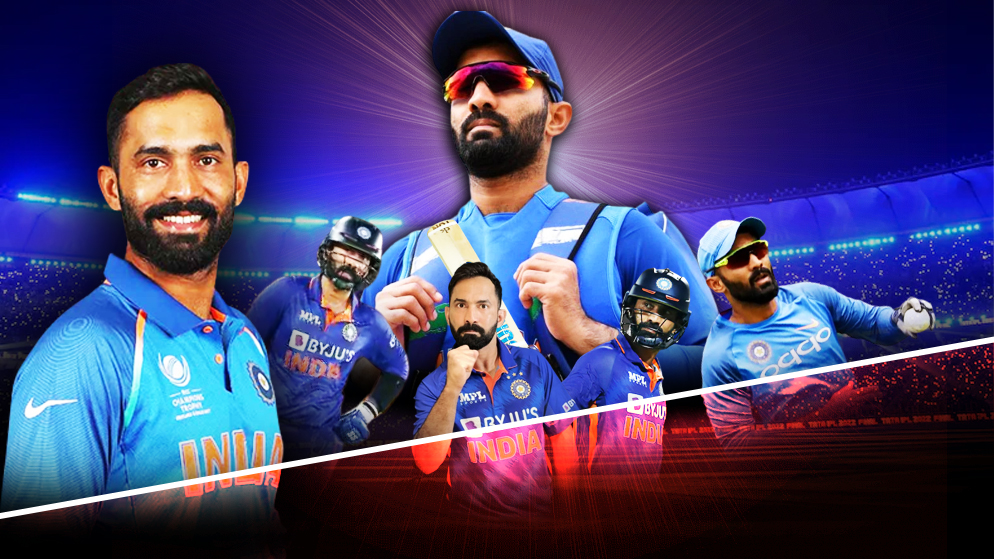 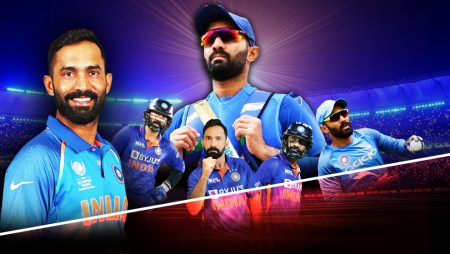 Dinesh Karthik gave a comeback through the 5-match T-20I series after a huge gap of 3 years of being out of action. Lets discuss Dinesh Karthik on India Comeback

Undoubtedly Dinesh Karthik, the Indian star bettor, was on the sidelines for three long years now. He recently gave a comeback to the industry. And joined the Indian cricket team again to play against South Africa. The ongoing five-match T20I series is now going to have a consequential face-off among the Indian squad and the South Africa team.

A Worth-Watching Performance By Karthik

The 37-year old Karthik’s comeback was mind-blowing as he gave perfect shots with his bat during the T-20I series. Besides he successfully scored 30* runs in 21 balls in the 2nd T20I series.

His comeback was really worth appreciating. But, let’s take a look at what the star cricketer, Karthik, has to say about that. Recently, ahead of the fourth T20I on Friday at Rajkot, Karthik was a part of an interview. The BCCI shared his interview video where we’ve got some eminent pointers regarding his return.

While expressing his feelings about his comeback, Dinesh Karthik on India comeback said, ‘For about three years, I’ve been looking from outside. I’ve been looking at how special it is to be a part of this team. I am enjoying and very grateful for every second I am here. The urge, the fire in the belly in terms of wanting to come back here, wear the national colours and represent the India team is something that I dream of everyday, and that is what has kept me going for the last decade or so”.

The veteran wicket keeper said that he is grateful to be here. Fortunately, he’s enjoying each and every moment that he got with the Indian team through this second chance. Karthik’s comeback during the five-match T20I series will also take him to the two T20Is against Ireland that are going to happen later this month. During his interview, Karthik also shed some light on what kept him going for over 10-years. He said it was the dream he had to play for the Indian team.

South Africa was the one who scored wins in the first two matches of the T20I. And led the series 2-1. However, destiny changed with the third match. With India beating them with around 48 runs and taking over the steering in their hands in Visakhapatnam, it was such a turning point.

Following that, the fourth T20I face-off will be held now among the two on Friday in Rajkot.

Following a stellar Indian Premier League campaign with Royal Challengers Bangalore, the excellent wicketkeeper Karthik made his homecoming to the Indian team. The player gave his best. And fortunately, ended up giving the perfect shot as a finisher. His excellent performance played a crucial role in Royal Challengers Bangalore’s making it to the final playoffs of the Indian Premier League 2022 session.

In the total of 16 matches that were held, Karthik scored 330 runs with the average being 55.0. And with a whopping strike of 183.33. Considering these two rates, it’s clear that for the splendid batter, this season of the Indian Premier League was the bestest for him for the average and strike rate. His fans are extremely happy with his jaw-dropping comeback. And, they have high hopes for the future.