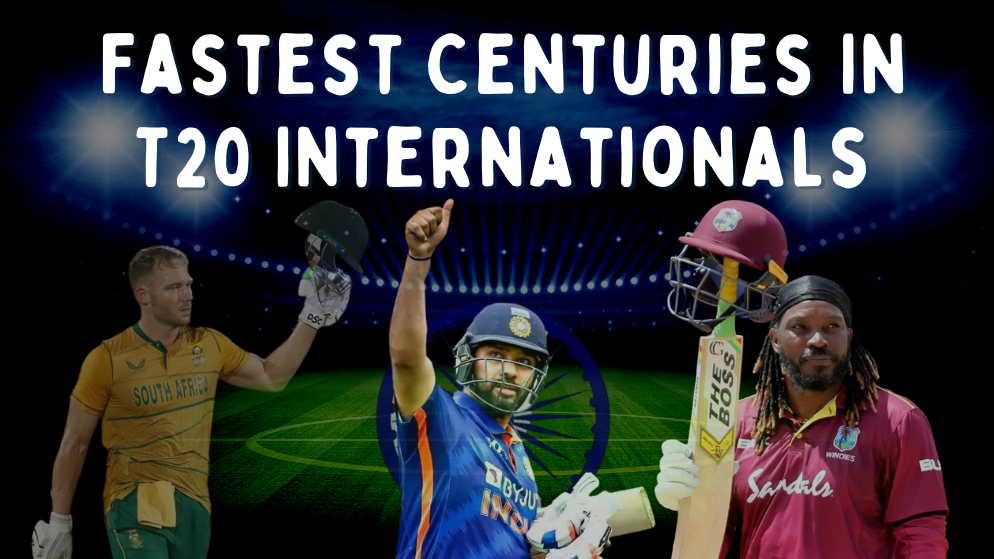 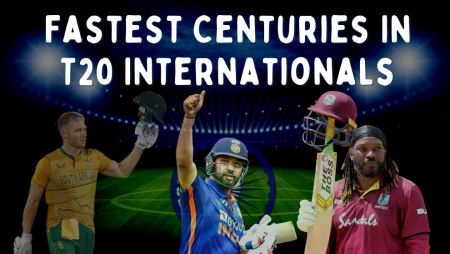 Over 400 T20I matches have been played so far, and it’s an honour to have the fastest T20 centuries. T20 cricket is widely regarded as the quickest form of the game. Due to the flatness of the wickets in most matches, a batter can readily target bowlers. A bowler cannot bowl you in the same area repeatedly. So the T20 format is best suited for batsmen who enjoy smashing bowlers around the park. Although the play is fast and furious among batsmen and bowlers, getting a century is difficult. There’s always a possibility of getting out while coming out to hit the quickest runs.

Yet, there have been batsmen who have batted terrifically. Some have given bowlers nightmares by scoring some of the fastest T20 centuries. The magical knocks have blown away the cricketing world and fans as well. The universe boss, Chris Gayle, is the first player to hit a ton in the format. However, he holds the record for the fastest century in T20 in the format that came in an IPL game.

South African left-handed middle-order batsman David Miller leads the table with the fastest century in T20 international cricket. On October 29 2017, at Senwes Park, Potchefstroom, he completed his century in just 35 balls and scored 101* runs in 36 balls against Bangladesh. It has 07 fours and 09 sixes.

Indian right-handed opening batsman Rohit Sharma has the second fastest century T20 score in international cricket. On December 22 2017, at Holkar Cricket Stadium in Indore, he completed his century in 35 balls and scored 118 runs in 43 balls against Sri Lanka. It has 12 fours and ten sixes.

Right-Hand Middle Order Batsman for the Czech Republic. Sudesh Wickramasekara is third on the list of fastest T20 century scorers. He Scored 104* Runs In 36 Balls Against Turkey on August 30 2019, at Moara Vlasiei Cricket Ground, and He Completed His 100 Runs In Just 35 Balls. It has eighteen fours and ten sixes.

South African right-handed opening batsman Richard Levi is ranked fifth among the fastest T20 century in international cricket. On February 19 2012, he completed his 100 runs in 45 balls and scored 117* runs in 51 balls against New Zealand at Seddon Park in Hamilton. It has five fours and thirteen sixes.

South African Captain and Right Hand Top Order Batsman Faf du Plessis are ranked sixth in the fastest T20 century scores list. On January 11 2015, he scored 119 runs in 56 balls against West Indies at The Wanderers Stadium in Johannesburg. It has 11 fours and five sixes.

Despite being a newcomer to the game, he has demonstrated his skill in cricket quickly. On February 23 2019, an Afghan player scored another excellent inning in the match against Ireland in Dehradun. In the match, Hazratullah Zazai had the second-greatest individual score in T20I history. Zazai scored 162* runs off 62 balls, including 16 sixes and 11 boundaries, in the match. This is still the second-greatest individual score in T20I.