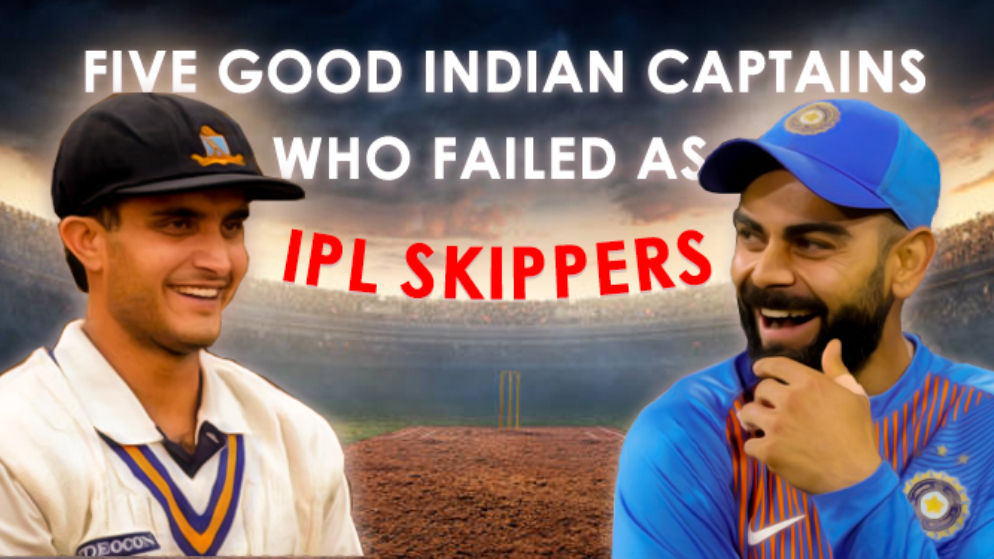 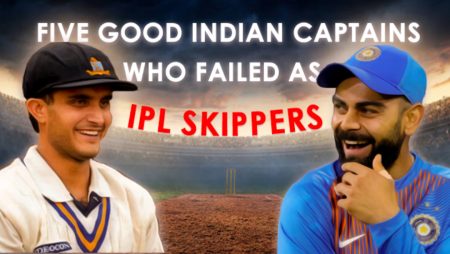 The Indian Premier League is considered as the biggest T20 league. Along with that, it’s one out of the hardest tournaments in the world. The Indian Premier League is beloved to thousands, if not millions of die-hard cricket fanatics. Not only this, every cricket player too wants to participate in this league once in their life. we have listed 5 good Indian captains who failed as IPL skippers.

From the perspective of the international players themselves, they too feel that playing at IPL is no easy task. It’s obvious for one to feel pressurized while playing. This fact is enough for us to infer the kind of pressure the skippers might face during the IPL sessions.

It’s not a secret anymore that IPL prefers giving the crown of a leader to experienced and international players. During the course of time, many of such skippers were seen leading in IPL matches. Despite some jaw-dropping actions and performances full of climax, they failed to contribute as a great skipper. However, a few of them also failed or crushed the expectations.

Out of them, we have listed 5 good Indian captains who failed as IPL skippers.

We can’t get the most perfect example of a failure to being a great skipper than what happened this year. Virat Kohli from the team RCB led a dismal captaincy in the Indian Premier League 2022.

After leading around 135 matches and holding a win-rate of over 72%, Virat Kohli failed at being a good leader. Considering the experience the new all-rounder skipper holds, fans and the team were expecting a great leadership from Virat.

In 2013, he was declared as the captain and led the team for the next 7 years. However, his leadership could only take the team

DD realized Virender Sehwag has the potential of becoming a great captain of their team. When India won the world cup in 2011, Sehwag used to be the vice captain of the team.

He led the Indian team to a whopping 16 times in tests and ODIs. His great leadership could yield a 50% win-rate for the nation. Not only this, the great player also got us win the crown over Windies with his highest score of 219* in 50 overs.

The captain scored unaccompanied wins for the first season. However, in the second season things started falling apart  and Sehwag dropped out.

Despite being a great player, Dinesh Karthik failed to become a great skipper of KKR in IPL 2022. The captain midway realized and made the decision to leave the captain’s seat and focus on his personal batting. Due to this, Kolkata Knight Riders (KKR) faced the situation of uncertain captaincy in the midway.

Dinesh Karthik was appointed as the captain two years back and his efforts were successful for two straight seasons. However, in IPL 2022, the captain failed at unleashing the best out of his bat and gave up on the captaincy.

Meanwhile, KKR has managed to score three wins out of seven matches, which is great! However, the captain felt to focus on his personal batting rather than the leadership. After him, Eoin Morgan became the next skipper of the team.

Who knew Rahul Dravid would be dismissed from the position of captain one day? Rahul Dravid delivered great efforts and helped India score a win in the test series in ENG after 21 years.

He has always been a good skipper. To everyone’s surprise, David Warner failed at the attempt of bringing good results for both the RCB and RR.

RCB decided to hand over the captaincy to Rahul Dravid during their inauguration. Under his captaincy, the team bagged the 7th rank. After a dismissal, he was kicked out and joined RR. For the first reason, Rahul Dravid helped them make it to the playoffs. However, he could only get RR to reach the 7th place in the very next season.

Saurav Ganguly is one of the most respected skippers in India. He led over 200 matches in Tests and ODIs. Considering his great  experience of playing internationally, KKR, when started, decided to appoint SC Ganguly as the skipper.

However, they were not foreign to the fact that he didn’t have experience at leading. After obtaining the position for two years and failing at yielding results for the team, Saurav Ganguly was dismissed from the position. He was then roped by PWI.

That time, the team was able to win 4 out of the 16 matches that were held. And the great player ended up getting a 40% winning rate of winning in 42 matches in his entire IPL career.