Hardik Pandya And Rahul Dravid Should Help Him: Ashish Nehra 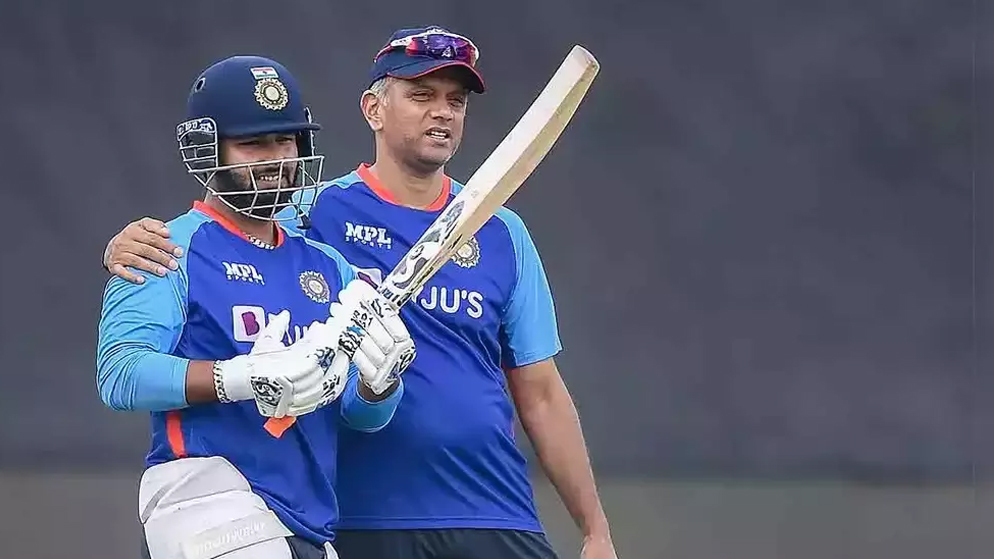 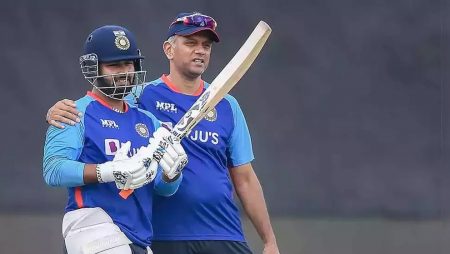 According to Ashish Nehra- Hardik Pandya and Rahul Dravid should offer help to him. He said the veteran cricketer should not feel much pressure and should be offered help.

The Indian batters have performed unevenly in the current five-match series against South Africa. With the exception of Ishan Kishan, who has two half-centuries through three games, the other batters, particularly those in the middle order, have not been as reliable. One of them is Captain Rishabh Pant, who has scored 29, 5 and 6 points in the last three games. The Indian wicket-keeper batter finished fourth in all games. But  so far hasn’t been able to move forward for the team in the series.

Former Indian pacer Nehra has faith in Pant’s ability to play the short format of the game considering the experience Pant holds under his belt. He feels that Pant should leverage his experience and give his best in the upcoming last two T20Is against South Africa. The veteran, Aish Nehra advises the current captain Rishabh Pant to completely focus on the game rather than bothering about his position.

In the current ongoing session of T20I, four players have taken a backseat. Virat Kohli and Rohit Sharma aren’t playing as well as Suryakumar Yadav and KL Rahul are injured that’s why they’re also out of the game. At their places, Rishabh Pant has been given the responsibilities of betting at the slot number 4. Though, he has chances of moving to a higher number when the veterans will be back.

Despite this fact, Ashish Nehra shows faith in Pant’s ability and spoke in length about his bad performance. He said that Pant has rich experience in playing short format events. He must leverage his experience and expertise and should deliver a great performance in the T-20I against South Africa. Rather than dividing his focus, he must keep it still on playing with a free mind and recalling his potential. Nehra strongly advised Rishabh Pant to focus on giving his best to the game.

The former wicket keeper Nehra feels that despite the young age of Rishabh Pant, which is 24, he can still be considered as an experienced player for the reason he has been playing short format games for 5 years now.

Ashish Nehra further added, “These are the experiences that help players build confidence. From here, he strives to be better. Pant has reached the 4th spot in international cricket. This is due to all the cricket going on Pant may feel a bit pressured, and that’s fine! Suryakumar Yadav is there, and Virat Kohli will also return in future. No one can stop being. However, it’s my condemning advice to the experienced player, Rishabh Pant to shift his concentration from his batting position to his batting.

According to the former bowler, one inning may help in altering his perspective.

Head coach Rahul Dravid and his backup, Hardik Pandya, should not put the entire burden on him. And They must take some of the weight off of him.

“It (the batting position) doesn’t make a big difference. How he captains, how much better can he perform.. he needs only one innings to get his mindset changed. It is important he doesn’t take too much pressure upon himself. Senior players like Hardik Pandya, and even Rahul Dravid should help him there,” said Nehra further.

In the five-match T20I series, South Africa now leads 2-1; Rishabh Pant and company will attempt to tie the score on Friday at Rajkot.