He Is “On The Right Side Of 30”: Rahul Dravid On Virat Kohli 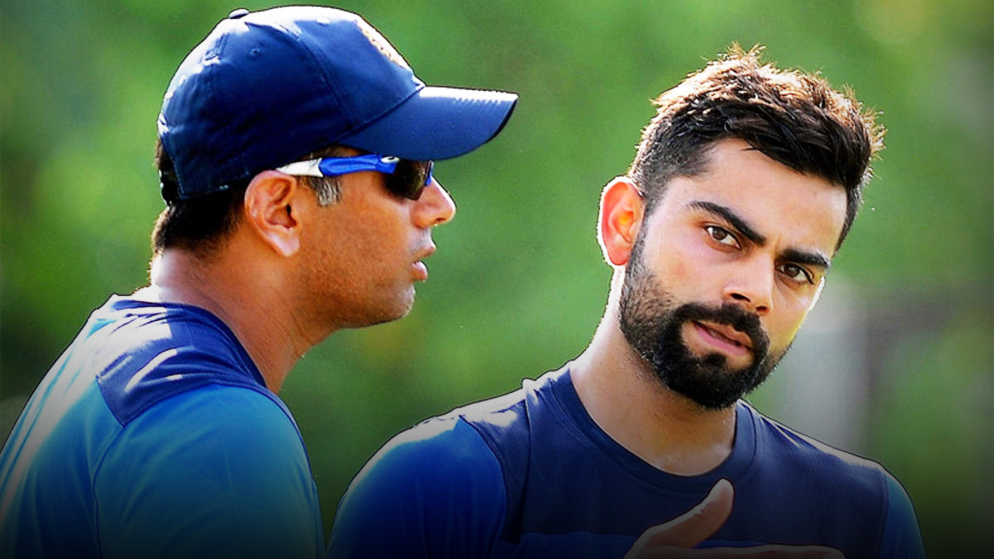 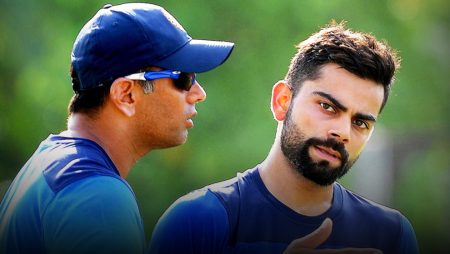 Despite King Virat Kohli inability of hitting a fascinating three digit score, captain Rahul Dravid has all praise for his efforts and insisted that their focus is on getting good contributions from the players.

Virat Kohli’s recent performance became a victim of broach. The former captain was unable to hit a century in the last 2 years. It was 2019, when his last three figure score came out while playing against Bangladesh at the Eden Gardens in Kolkata.

His performance has troubled fans and experts from all over the world. Numerous issues have been raised over his recent performances particularly in light of the lack of three-figure hits.

Virat amassed sixties and seventies and began the game with a strong performance. However, no actual conversion to the desired results was there. And it ended up being a middling campaign for India. Regardless, Rahul Dravid, who’s leading the Indian team feels that the former Indian captain, Virat, is genuinely fulfilling every requirement for a great player. And he’s ticking all the right boxes.

Right before the 5th test of the India-England series, Captain, Rahul Dravid, spoke in support of the veteran Virat Kohli and applauded him as well. He said that the ex-captain has been putting in all the desired hard work. Not only this, he feels that Kohli’s efforts and enthusiasm clearly portray his concern towards the team.

Upon the talks about Kohli’s age, Dravid’s words were worth hearing! When it came to the question whether it’d be fair to blame Kohli’s age for all that happened, Rahul denied. And said,“I kind of disagree with you when you say he is on the wrong side of 30. He probably, in my opinion, is on the right side of 30.”

He further claimed that Virat Kohli is extremely able-bodied. And is among the most hard-working guys he has ever met in life. Virat has the hunger that it takes to be there. Apart from that, even the way he manages to take care of himself is extremely inspiring. His preparation, the way he bagged such great scores at Leicester, batting in those conditions, scoring the kind of 50, 60 and all of that he did. His desire to play against Bumrah and other players was apparent. That’s why, according to the captain, Rahul Dravid, Virat is doing well and exactly what he ought to do to grow out of this.

We know that Virat has been struggling to get his hands on the Number 71. And due to the same fact, people are gossiping about the number 71 like anything. Rahul Dravid offered his opinion on how to get through the slump.

Not Only A Century Is Success- Feels The Captain Rahul Dravid

He said that these phases are a part of our life. It’s normal to experience such turns in a player’s life. And according to him, you don’t need motivation, to be highly honest. So, it wouldn’t be true supposing Virat kohli performance to be a matter of lack of motivation. These periods come occasionally in everyone’s life. Dravid continued, it’s not fair to connect batting well to scoring those three figures. One shouldn’t do that. “You know, a 70 on a challenging Cape Town wicket was a very solid innings when we played there, in my opinion. Obviously, a guy like him, the kind of criteria he set, the hundreds he scored, people only see a swashbuckling century as a success,” Dravid said.

As a coach, Rahul Dravid revealed what a coach seeks from a player. He said it’s the input, the effort that the player makes the difference. We coaches always look for champion-like inputs from the players, so, no matter if they end up making it to a 50 or 60 one such wicket.

“We have a probability of getting a 60 or 70 on tomorrow’s wicket. And it could turn out to be a great score. While the opposite may also occur, maybe we would require a big score for him. In a nutshell, from our point of view, we don’t define success or our focus at scoring three figures solely and whether he reaches there,” team Indian head coach, Dravid concluded.