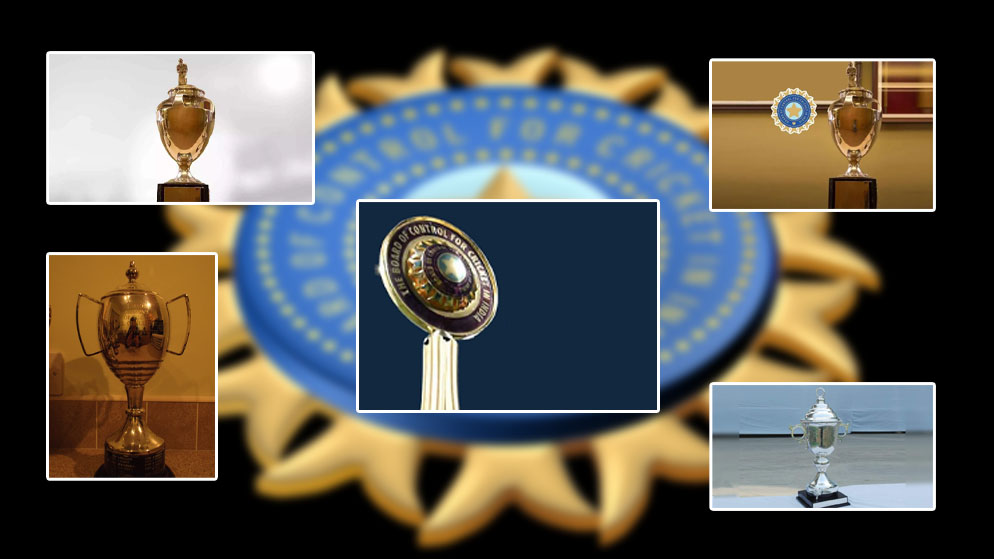 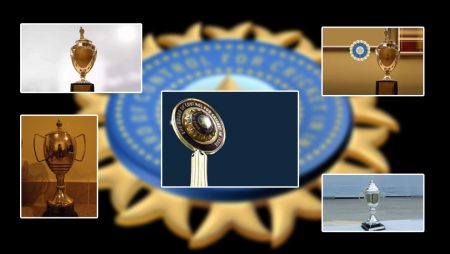 Cricket is one of the most popular sports in India. The Board of cricket council of India BCCI is one of the most influential and wealthiest cricket governing bodies around the globe. Undoubtedly India’s domestic infrastructure is one of the best in the world and produces numerous talents yearly. More than 2017 matches are conducted annually at the domestic level covering the senior team, Men U-19, Men U-16, Inter-University, Women Senior, Women U-23, and Women U-19. BCCI focuses significantly on the domestic level and ensures that emerging players get enough resources to grow. Some of the most popular domestic cricket tournaments in India are the following-

In its early days, the Duleep trophy was contested by teams representing different geographical zones of India: the north zone, east zone, west zone, south zone, and central zone. However, recently it has been played among the teams selected by BCCI selectors. Firstly The tournament was introduced in 1961 by the Board of cricket council of India BCCI. This tournament’s most successful teams are the north and west zones. Both of these teams have won the title 18 times each. The West zone won even the inaugural season of the Duleep Trophy. At the starting time, the Duleep trophy was played between 5 teams in a knockout format. However, later on, BCCI transformed it into a league format, making the tournament much more competitive. Many players get to play for the Indian cricket team based on their Duleepy trophy performance.

This tournament has a group stage elimination system where the top team and the runner-up from each group proceed to the quarter-finals. This is an excellent cricket domestic tournaments for young talents to portray their skills and get selected for the Indian cricket team. However, Indian selectors have their vision set on their tournament to find new talents.

The Deodhat trophy is a List-A Indian domestic tournament that takes place annually. The Deodhar Trophy is a 50-over knockout tournament played between 3 national-level teams: India A, India B, and India C. The tournament is in honor of D.B Deodhar. Earlier it used to be an inter-zonal tournament. However, in recent years BCCI made it to a round-robin knockout format. This tournament is played between India A and India B along with the champions of the Vijay Hazare Trophy. It is an excellent stage for youngsters to showcase their talents. Many players found their way into the Indian cricket team due to their superb performance in the Deodhat Trophy.

It is a one-off tournament. Irani cup is single-match tournament that is played between Ranji Trophy winners and the remainder of the India team. Irani cup was designated with the letter “Silver Jubliee” of Ranji Trophy.The tournament is in honor of Mr. Z.R Inrani. Z.R Irani was with BCCI from its inaugural stages. The rest of India is the most successful team in this competition. Furthermore they have won the tournament 28 times. The Irani Cup is prestigious in Indian Domestic cricket tournaments due to its heritage. Indian selectors choose a lot of emerging talents from this tournament.