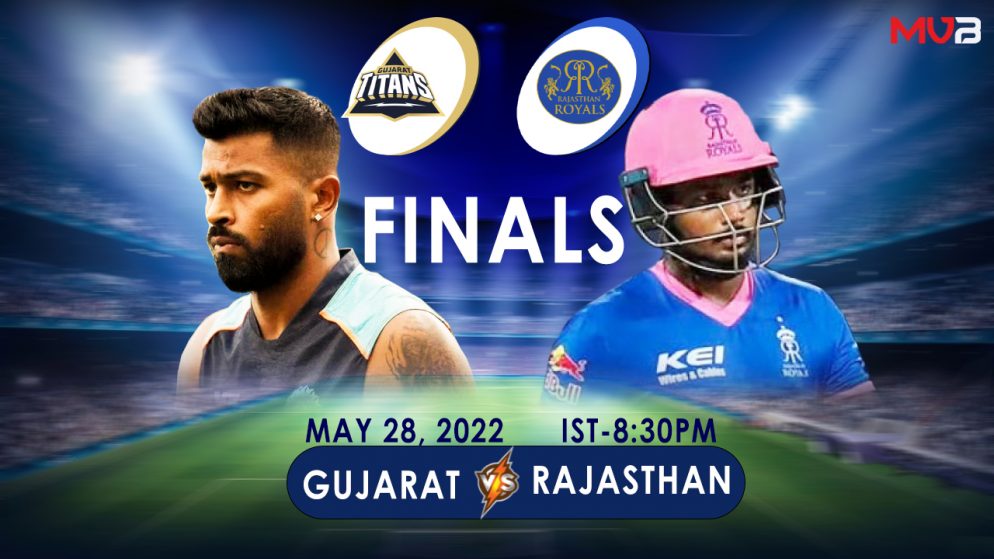 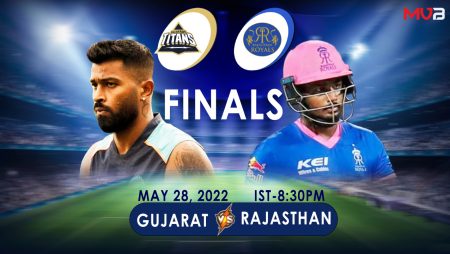 So finally the long and thrilling journey of IPL is going to end. In this season of IPL 10 teams fought for the IPL trophy. However, the two who reached the finals by eliminating all are Gujarat Titans and Rajasthan Royals. The game is going to be more exciting because the Gujarat Titans have performed tremendously in the season. Moreover, Rajasthan is also a one-time winner of the IPL trophy. Indeed both teams will put in so much effort to win the game. Lets discuss IPL 2022 Final Review And Venue,

It was under Shane Warn’s captaincy that 14 years ago Royals won the trophy. After 14 years another chance came. Both teams have world-class players who have played a huge amount of cricket in their careers. The match is definitely going to be a thrilling one.

Gujarat Titans eliminated Royals in the first qualifier match and made their spot in the finals. However, the Royals successfully eliminated RCB and came second on the points table. The Titans have players like Hardik Pandya, skipper of the team, David Miller in the middle order, and Rahul Tewatia who can handle matches at the end. Moreover, bowlers like Rashid khan and Mohammad Shami can create trouble for the Royals batsmen.

However, the Royals also have top batsmen and bowlers. Opener Jos Buttler is the top run-scorer this season. Moreover, skipper Sanju Samson also has so much experience and can perform so well in difficult situations. The bowling attack of the Royals is also good from Yuzvendra Chahal to Prasidha Krishna, all are fiery bowlers.

The final of the IPL 2022 is going to be thrilling and most exciting. One-time champion and debut team of IPL are going to face each other. Here IPL 2022 Final Review and Venue

Journey Of Gujarat Titans In IPL 2022

The debut team in IPL Gujarat Titans surprised everyone with their performance. Moreover, Hardik Pandya led team reached the finals by eliminating Rajasthan Royals in qualifier 1 match. However, Hardik Pandya, the skipper of the team, led the team very well. His own performance is also mind-blowing. In 14 innings of IPL 2022, he has scored 453 runs.

While Pandya played his role very well David Miller also emerged as a strong pillar for the team. He is a South African all-rounder who has taken all the load of middle order on his shoulders. However, in this 2022 IPL journey, he has scored 449 runs. Moreover also scored two half-centuries.

One name that cant be left behind is Rahul Tewatia. This man has stood on the ground and finished so many matches. This left-hand power hitter scored 217 runs in 12 innings.

Furthermore when it comes to bowling Rashid Khan and Mohammad Shami led from the front. In 15 innings Shami took 19 wickets and Rashid took 18 wickets. The overall team played very well and in their debut season, they are going to face their final match on their home ground.

Journey of Rajasthan Royals in IPL 2022

So once again men in pink are going to play in the IPL final after 14 years. The second spot in the points table which was held by LSG fell in Royal’s hand. However, Rajasthan Royals began their journey with a win against Sunrisers Hyderabad. Sanju Samson skipper played 55 runs innings in that match. Since then Royals never looked back and made their spot in the finals by eliminating RCB.

Jos Buttler has also emerged as a key player for the team. Moreover has performed very well in the whole season. His inning against RCB cleared the road for the Royals to the finals. In this season he has scored 824 runs overall. However, in this final, he can get up to 900 runs and can make a record of the most run-scorer batsman in a season.

Not only batsmen but bowlers have also performed very well. Team efforts lead the Royals to the finals.