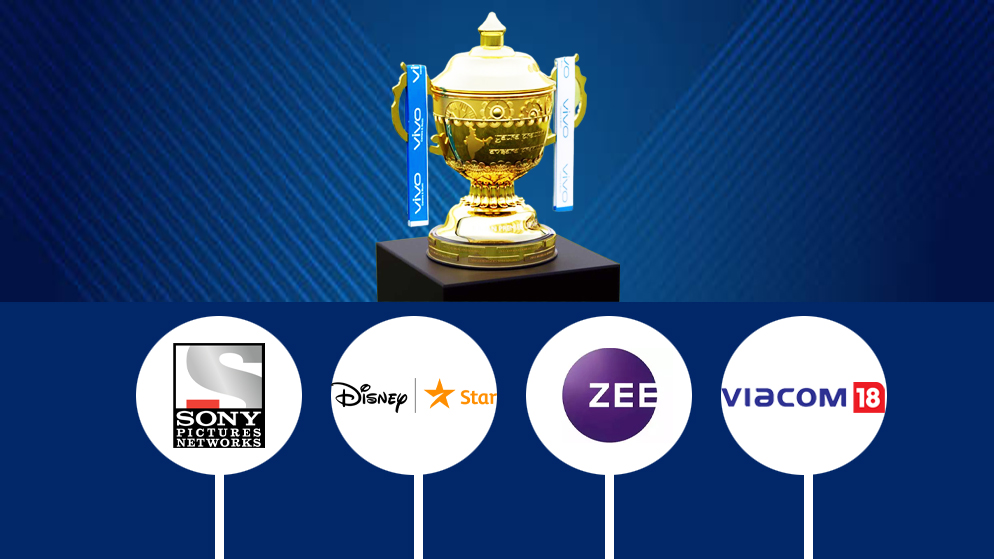 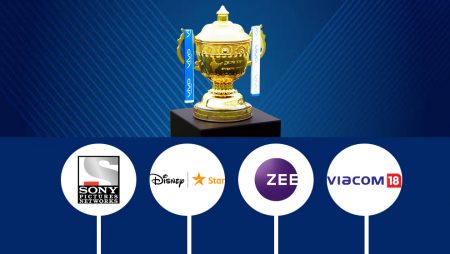 The Indian Premier League media rights auction for the five year long cycle of 2023-27 ended up loading BCCI or The Board of Control for Cricket pulling out the benefit of a whopping 48,390 crore Rs or around US$6 billion.

Considering these stats, it’s safe to label the Indian Premier League as the second most valuable sports league across the world after the first; National Football League (NFL). The IPL has currently taken the steering from the English Premier League (EPL).

One more interesting fact; the value gathered during this season of the IPL media rights auction 2023-27 is three folds of the value of the previous season 2017-22.

Star India got defeated in the season by Viacom18 and Sony. The reason behind this was their desire to continue influencing TV broadcasting rights for the upcoming five years. While some had their eyes upon them awaiting for Star India to hand out their position to growing players.

However, it was totally game-changing how they retained the position and took the title back with pride by bidding a staggering 23,575 crore INR for 410 games. Down the line, it’d be around 57.40 crore for each game. It was indeed a great turning point for Star India and a reason for the TV audience to head to them.

It’s no secret that Viacom18 was clueless at the time for setting their foot in the competition. However, it was a crossroads that led them to winning the digital-only broadcasting rights for India at a whopping value worth 20,500 crore INR for 410 games.

Breaking it down would give us 50 crore per game. That’s huge! Moreover, they won the tag of the highest bidder with over 48 crore for each match.

However, Star India allegedly agreed to their proposal, and the Reliance-backed company eventually boosted their offer to the above winnings. It can be clearly seen how the sports broadcasting spectrum is experiencing the switches through Viacom18’s bid.

Welcome To The Times Internet In The Overseas Market Battle

The entry of Time Internet through winning the title of Package D that was around Overseas TV and Digital Rights was notable. It’s quite interesting to see that their bid size was close to 1324 crore Rs. On the other hand, they will board the MENA and the US sectors whereas Viacom18 has got to cater to Australia, South Africa, and the British territories.

Cricbuzz, being among the very few sites that brought the evolution of the Broadcasting format, which earlier used to be just videos, has got the opportunity to feature the broadcasting of the Times Internet. This deal could infer the interests of more candidates in the holy grail game of the Indian Premier League, which clearly is going to expand within the coming future.

Viacom18’s interesting role in the process could be inferred from the way Reliance carried both valuable former Disney executives, Uday Shankar and James Murdoch shortly before the media rights auction.

However, despite bidding more than the actual worth on the Star for the TV rights, they shifted their focus to the digital rights front and doubled the stake. Moreover, they, fortunately, got their hands on the Package C as well along with winning Package B. Package C was around the non-exclusive digital broadcasting rights for a special package of 18 games for a time period of 5 years.

For this, their bid values are 33.24 crore per game, with the total being 3,258 crore Rs a whole sum of money. Considering the amount that Viacom18 won on the Package B and C. It’s clear that the value is the same as paid by Star solely for the Package A.

It clearly depicts how Viacom18 was fine with putting money in. However, their focus was to rule all of the digital rights. So that it can further add to their growth in the telecommunication’s channel with Jio.

BCCI Has High Games For The World To Catch Up With

The current e-auction has clearly depicted how BCCI is on fire with their numbers game. The worth of the Indian Premier League is compounding like anything. And eventually, it’s the Indian players and talents from across the globe who are getting profits out of it.

Thanks to the International Cricket Council (ICC), BCCI has grabbed viewers’ interest from all parts of the globe. Mainly in the last 15 years, IPL has experienced immense growth and looking at the evidence. It’s no harm saying that it’ll keep growing in the future as well.

The efforts and talent with which BCCI has taken the league to this level is worth appreciating. And they are determined enough to give more than twice their efforts to this to grow. Not only this, the entire process that was followed during the e-auction was really fair and standardized.