Most Successful Teams In IPL History 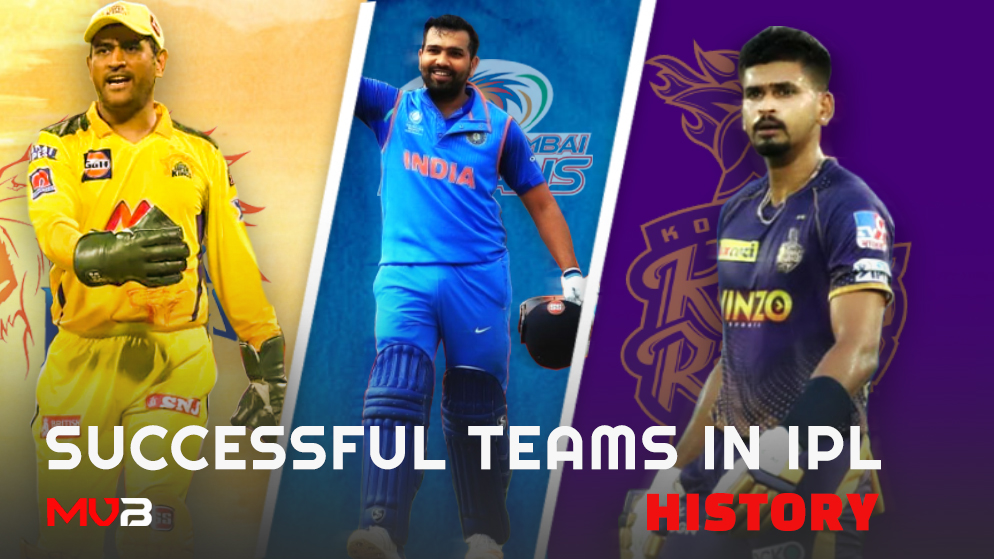 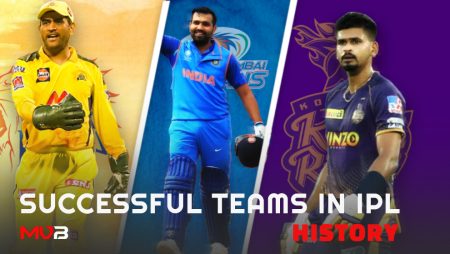 All the Indian Premier League teams wish to grab that shining trophy and try to play with all their might. But the winner always has to be one; hence certain teams have made their dream come true, while others are still waiting to make an accomplishment. A team has to know the right technique to outshine the competition and be at the top of the list. Also, they will have to remain consistent throughout the season and maintain their place on the chart. To date, 15 seasons of IPL have been conducted, and all of them were filled with suspense and joy. The team that has managed to be in viewers’ hearts by winning matches is Mumbai Indians. Read this text further to know about the most successful teams in IPL history

Top Teams In The History Of IPL

If you look at the history of The team of Mumbai Indians is clearly at the top of the list of the best performers in the IPL. This amazing team has managed to win the IPL trophy five times, and that too just in the last eight seasons. People worldwide admire their might, and they might also be seen playing in the T20 format. Although the IPL journey of MI didn’t have a kick start, the way they gained pace was impeccable. They were fifth in the first season they played and ranked seventh in the second season.

But the turning point was 2010, as they played extremely well and made it to the season finale. Additionally, in 2011 and 2012, they made it to the semi-finals but failed to qualify. 2013 is one of the most remarkable dates in the IPL history of Mumbai Indians as Rohit Sharma took charge of captainship. From that day onwards, they won the IPL title five times in 2013, 2015, 2017, 2019, and 2020. However, they had a poor start in two matches but managed to win. The percentage of wins if MI is 59.04, which is the second-highest.

One team that can challenge the Mumbai Indians in their performance is Chennai Super Kings. Its win percentage is about 60.27% which is the best among the teams that have taken part in the IPL. Additionally, they have won about 111 matches out of 186 matches and have secured the second position in history. This team is led by the best and has performed consistently throughout the first season. This team has played about 11 matches of the total 13 seasons. And they have reached the top fours about 10 times.

Additionally, they bagged the title about three times in 2010, 2011, and 2018. The only year when CSK was not in the top four was 2020. Also, they reached the semi-finals in the year the team was introduced. Sadly they faced a two years ban but made an extremely energetic comeback. They again bagged the winner’s title in 2018 to prove their efficiency as a team. Also, they reached the top four in 2019 but failed to win.

Kolkata Knight Riders didn’t have a great time while they just started to play IPL. They failed to perform better in the three consecutive IPL seasons and had 6th, 8th, and again 6th positions. Hence they needed to work hard and perform better in the next IPL season. And 2011 was their year of turnaround. They added Gautam Gambhir to their team and declared him the captain. Their best decision made them qualify semi-finals in 2011, but they failed to win. In 2012, they won their first title in IPL after beating CSK.

Again 2013 was not a good year for them, but they had a great comeback in 2014. They won nine games straight and made their way to winning the title. The overall win percentage of KKR in the IPL is 51. 25%. They have won two matches continuously between the years 2011 and  2018. Hence it is one of the most successful teams in ipl history.

These three teams have won the IPL trophy maximum times and are at the top of the list of most successful teams in ipl history. Although there are fans of other teams, and they have played well, these three teams have decoded the strategy to make their team win. The IPL resumes of MI is strongest, and then comes KKR and CSK. Their performances speak a lot, and hence they live in the heart of viewers.